Let me preface this by saying that, despite being a self-proclaimed movie buff, there are a few “destination films” I am embarrassed to admit I have not yet seen. These include Amelie, Roman Holiday, the “Before” series… the list goes on. (I know! I’m a horrible person!) So, this list is somewhat limited by what I actually have seen.

That being said, these are some of my favourite films to watch when I’m either about to travel to a new place, or dreaming about returning to one of my top cities. (Word of caution, nearly all of them contain an unbearably romantic love story as well).

PS I Love You
A movie that combines one of my favourite places with one of the places I’m dying  to visit (and will be, in about 1 month!), this sappy Hillary Swank movie includes some New York staples, beautiful rolling hills of Ireland, Irish music and two very hunky Irish men. Yeah, you might cry a bit… but I think the sights are worth the tears! 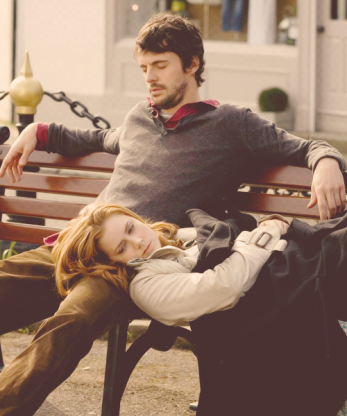 Leap Year
Another Irish spectacle, this film follows the characters portrayed by Amy Adams and Matthew Goode on a road trip through Ireland, from one end to the other.  Spoiler – there may be awkwardly adorable romantic debacles, wrong turns and emotional revelations. The corniest movies always have the best settings 🙂 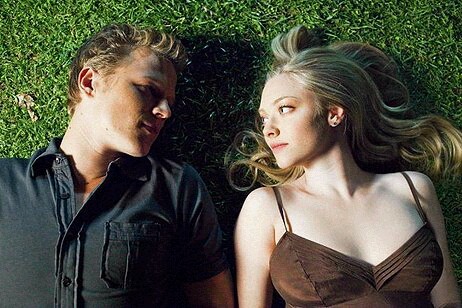 Letters to Juliet
Speaking of corny movies… this movie is actually pretty adorable. Amanda Seyfried’s character joins forces with a group of women who write responses left to “Juliet” under her balcony in Verona. She then meets a nice gentlemanly fellow (who is actually kind of a sourpuss, because it’s a romcom, and he has to start out that way), and his grandmother, and they traverse around Italy to find grandma’s former love. This film seems to highlight the best parts of Italy, the kind that only luxurious travelers, who can stay in Villas and Wineries, can achieve. It was not the Italy I met when I traveled on my bus tour… but that’s sort of what the appeal of the movie was 🙂

Under the Tuscan Sun
The best part of this movie for me is watching Cristina Yang play a pregnant lesbian – a far cry from the surgeon without a mothering bone in her body on Grey’s Anatomy. Still, if you want a film that highlights beautiful Tuscan markets and homes, this is the film for you. 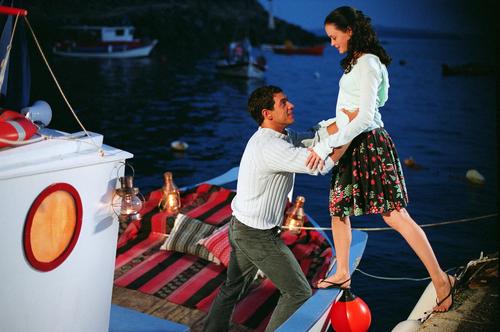 Sisterhood of the Traveling Pants
Ahh, Lena. How lovely it must be to spend all day, every day, sitting on a dock, painting the beautiful blue waters of your motherland. What’s that?  You’ve met a beautiful Greek boy? But your families are mortal enemies? Poor thing. Luckily its all happening in one of the most beautiful places in the world. If this movie didn’t make you want to throw on a little red dress and sneak away for a feast and a swim under the stars in Santorini, then… I don’t know, man, we just are not the same person.

About Time
This is my all-time favourite movie that has come out in the past… 50… years. I’m not kidding. It’s not even, like, a critically acclaimed film. In fact, if I think about it, I can find a million things wrong with it. But I don’t want to think about it. I’m enjoying, far more, Rachel McAdams and Domhnall Gleeson (the most adorable couple of all time, please date, and if not, send him my way, but only his character in About Time because there’s no way anyone could be that perfect in real life) as they make their life in London. This movie makes me want to move to England like no other.  It helps that it’s from the people who did Love Actually, another movie I adore and watch every single Christmas without fail. Just when you’re becoming immune to all the city visits in this film, boom¸ they’re back at the English countryside home where Tim (Gleeson) grew up, and it’s just. Perfect.

The Sound of Music
Notice how above, I said in the past 50 years? It’s because my all time favourite movie ever is the Sound of Music. The last time I was in Austria, in 2011, my heart broke when we realized we couldn’t make it to Salzburg from Vienna without dolling out a fortune for a train trip on a bank holiday. This summer, I will not be making the same mistake, and I’ve scheduled out an entire day to just get lost in von Trapp heaven. In fact, my mom is coming with me, and we’re going to see the original home of the family and do a tour of the sights of Salzburg, as seen in this fabulous film. Right from the getgo, in those amazing hills (which, according to Diane Sawyer, I will not be allowed to visit, because they’re in Germany and they’re private and the owners get really peeved at SOM fans… rude), to the gazebo, to the main square of Salzburg… ugh, it’s just breathtaking, and I can’t wait to go there this summer. Might need to watch Sound of Music one more time before I go…

The DaVinci Code
When I went to France with my class in 2008, our teacher put on this movie on the bus from Normandy to Paris, the day before we’d be visiting the Louvre. I would highly recommend this tactic to anyone about to visit the Louvre, because it adds a whole other layer of fun to the excursion. Whether or not anything about the movie is actually true, it’s created in such a way that, anytime you see a clue in the museum that was a clue in the book, you get excited. I can appreciate art, and especially the history in all of the paintings and sculptures, but the Louvre is big, and after a few hours of wandering the halls, that added excitement might keep you going until dinnertime.

Midnight in Paris
It’s important to note that my favourite city in literature, photos and film is Paris. Unquestionably, irrevocably… I have a love affair with the portrayal of Paris.  The reality?  I toy with it a bit… when I go, I’m totally romanced by everything. I love to go to Versailles, and wander down the Champs Elysee… but truthfully, some parts of Paris are so dirty, and a bit smelly… this movie just highlights all the best parts of it and leaves out the rest.  It helps that I watched this movie right as I was studying the works of Hemingway, Stein, etc. It sent me on a bit of a scavenger hunt, in fact. The whole summer of 2013, (yeah, 2 years after the movie came out… wow, has it really been 4 years since I saw this movie in theaters?!  I’m old), I watched it again and then poured over stories like The Paris Wife, dying to live in Paris in the 20s through whatever means I could. This movie helps. It romanticizes a time when all the greatest artists and writers of the time considered Paris their hub, and they would drink and smoke and socialize and leave all the memories for us to find now, when we visit this beautiful city. 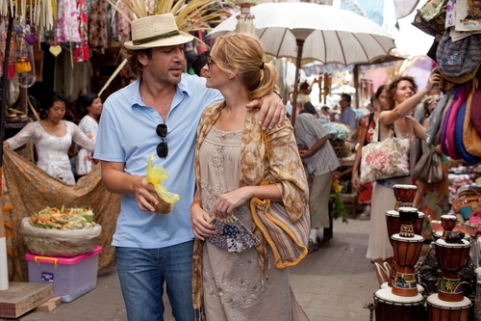 Eat, Pray, Love
Finally, the movie that sparked my interest in Travel Writing. This woman was really being paid to write about her time in Italy, India and Indonesia?  She has to find herself, and yet still gets a paycheck from it?  Sounds good to me! This movie highlights a lot of Italy and India, but the destination that piqued my curiosity the most was Bali. Not the yoga-retreat, clean-eat, find-yourself Bali that seems to be so popular in social media these days, but the spiritual, I live and work and party here Bali, where anything seemed possible for Julia Roberts and the sexy Javier Bardem. It makes me feel that if I find myself, mid30s, alone and hopeless, I can just go to Bali, hang out with a Guru and fall in love while riding a bike through the bushes and beaches of Bali… okay.  Yes.

This list is super limited to Europe, mostly, and I would love some recommendations for some movies to throw on my iPad for this summer full of planes trains and busses. So if you have any movies you think I should watch (particularly if they feature landscapes OTHER than Europe), let me know in the comments below!

Photos from we heart it. 🙂