After only a short time in Glasgow, our tour headed straight up into the Scottish Highlands to spend the night in Inverness. This was one of the drives I had been looking forward to the most, as we were promised a scenic drive alongside Loch Ness. I was certain that I would be the one to finally spot the lochness monster, and I had a new camera to capture it.

Unfortunately, things don’t always go as planned. We did make a nice photo stop at Loch Lomond, though, and of course Andrew, our guide, played the song “The Bonnie Banks of Loch Lomond” as we made our way there.  As somebody who uses music to bring back locations/memories frequently, I appreciated this.

Driving through Glen Coe was absolutely beautiful. People always talk about the highlands and how beautiful the scenery is, but living in Canada, I’m always hesitant to believe it can be more spectacular than our mountains. However, driving and seeing just how vast the lands were was super eye opening. I think this may have been the first bus trip I didn’t fall asleep on!

We enjoyed the sights all the way to Fort William, a small little town where we stopped for lunch. I found it so bizarre that in the pub, so many people had their dogs with them, just sitting under the table. Fort William also still had a Blockbuster, which was nostalgia x1000. I also need to mention how friggen FREEZING I was at this point. Back home, I knew that BC was experiencing the first days of the horrible heat wave of 2015. In Scotland, I was wearing two sweatshirts and a wind breaker, finding it difficult to believe I really had been sweating off all my makeup in Portugal only a few days before. The wind chills were freezing, and this was something we had to get used to because it rarely let up for the entire tour.

I wish that we’d had more time in Inverness. By the time we arrived there was just enough time for a group dinner, a quick walk around town, and settling into our rooms for the night. The photo below is the view from my room.

The next morning, we visited the site of the Battle of Culloden. This battle, in 1746, was where the Jacobite forces were definitively defeated by the Loyalists. There were interactive exhibits, informative stops and even the opportunity to actually walk on the battlefield, which was a really eerie, moving experience. I got lost out in the field for a while, just absorbed in imagining all the history beneath my feet.

From there, a visit to Balmoral Castle, the Royal Family’s official holiday residence in Scotland. We didn’t get to see much inside, but the grounds were among my favourite of all the castles I’ve seen. Must be a lovely place to get away from it all – I’ll have to get Harry to show me the inside someday 😉 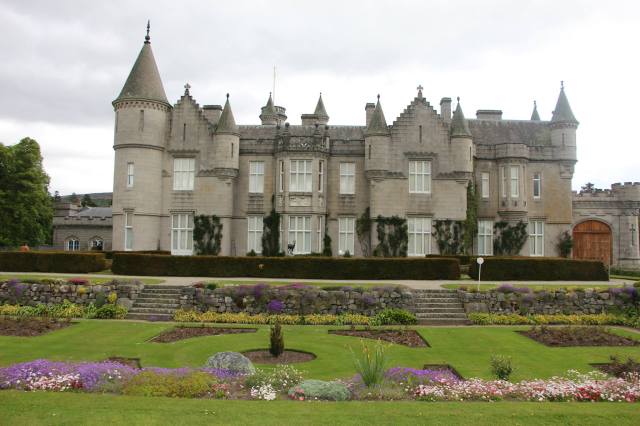 Next up – Edinburgh! I was really excited to see this city, because I have heard so many good things. We stayed at the George Hotel, on George Street (in New Town). We could see the castle from our rooms!  The hotel was so unbelievable. I felt very rich the two nights I stayed there – I don’t think I’ve ever had a more luxurious bath. The thing with staying as a “single traveler” in these hotels, I noticed, is that I was often given an accessible room, which seemed to also mean larger, cozier bathtubs. Guess who wasn’t complaining? The first night we went to the Hard Rock across the street. Then, I went by myself to the store down the street to pick up a few things. Walking back to my hotel with my bag of groceries and headphones in definitely made me feel like a bit less of a tourist, so that was a cool feeling. 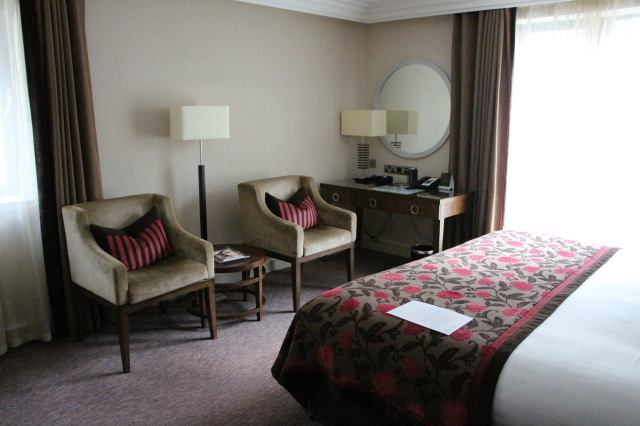 Next morning, our local guide, Jenny, took us up to the castle, where Mary, Queen of Scots, delivered her only child. It was one of the oldest castles I’ve been in, and honestly the most freezing day of the entire trip. I feel sad about this, sort of like I do about my visit to Stonehenge a few years earlier -feeling miserable can really wreck your whole vibe of a place, and unfortunately I don’t think I enjoyed it as fully as I could because I was just so concerned with finding a warm place to wait for our bus!  Note to others – wear layers! I knew this, did this, and was STILL cold.

We drove back down the hill and headed to Mary’s palace, Holyrood, near Arthur’s Seat, which is a scenic hill you’ve probably seen a lot of photos taken at. On the way down, our driver, who knew I was disappointed that we didn’t have the time to make a proper stop, was sure to slow down and call to me over the microphone when we passed the Elephant House Cafe, where JK Rowling penned the first draft of the Philosopher’s Stone. For this visit, a photo would have to do.  We also passed a bar called The Last Drop, which is apparently where prisoners were served their last drink, before they were hung in the street outside. Grim… 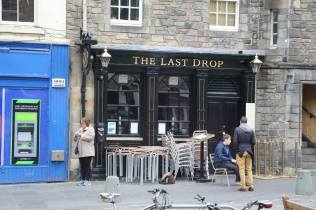 Holyrood is the official residence of the British Monarchy in Edinburgh and is also where Mary lived. Here we learned that royals, back then, took proper baths maybe twice a year. Fun, disgusting fact! 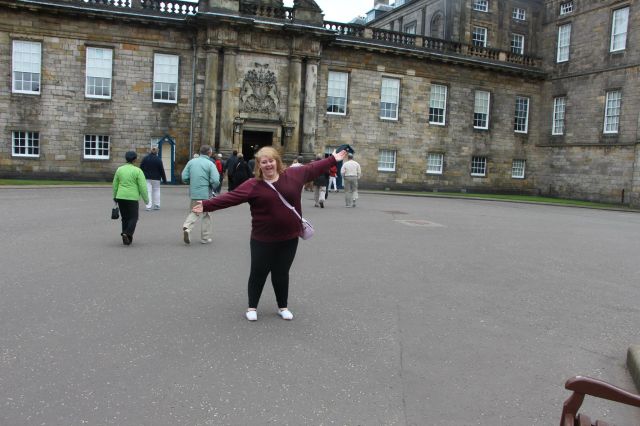 That afternoon, we went and checked out the Yacht Brittania, the official yacht of the Royals (so many “official” sightseeing visits on this trip!) until it was “retired” in 1997. Diana and Charles had their honeymoon on it! (And we saw their bed, the only double bed on the boat which was brought in specially by Charles… I think we can safely assume what was on HIS mind!). I can never get over how surreal it is to stand where royalty has once stood, to touch the same door knobs… one of my favourite aspects of travel, for sure. 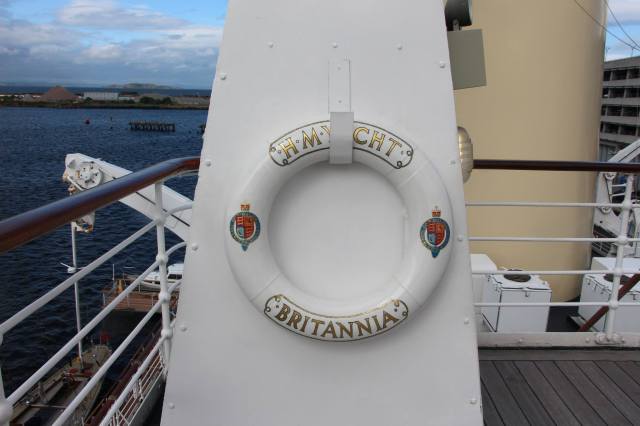 We went for dinner, and it should be noted that I discovered a dessert called Banoffe Pie, which is the most amazing thing I have ever tasted and am afraid to try ever again in fear of a let down), then went back to the hotel. I was ready to head back to my room as usual, but Marsha, her mom Charlene, her aunt Marion, and Jim from California told me I had to come out with them, and I’m glad they did! We initially went for a Chinese Karaoke bar, but it was room rental only, so we ended up across the street from our hotel at the Dome, a lounge with a beautiful domed ceiling and very expensive cocktails. I’m so glad I went with them – I had forgotten how much I loved going out at night and experiencing the local scene!

The next morning came early. We made a quick stop at Gretna Green, a tiny little shopping square with a famous blacksmith, before heading back into England en route to Liverpool, which meant officially saying goodbye to Scotland until we would catch the ferry back from Belfast just over a week later. It was definitely a temporary goodbye, though – I can’t wait to go back to Scotland, perhaps on a more extended visit next time 🙂