Cheese to go with that W(h)ine? 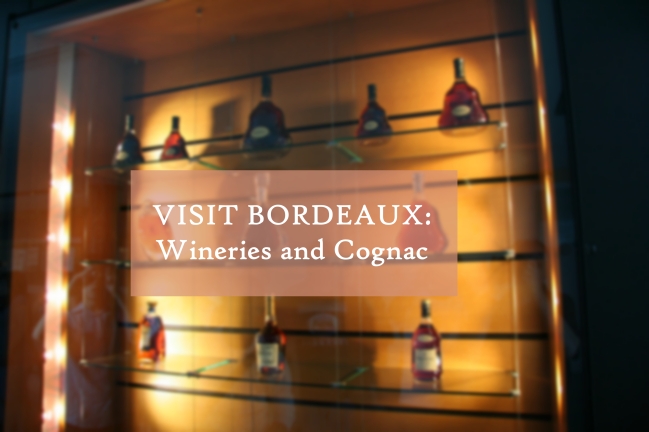 I love cheap wine. I’ll admit it to anyone. There’s something so satisfying about spending $8 on a sweet, fruity bottle to enjoy at a party.  Still, I’ve begun to learn how to appreciate a QUALITY wine as well. This fascination is new; when I was 17, I was not as thrilled as I would be now to spend a few days of my precious Europe trip sampling and touring different wineries. However, I didn’t really get a choice.

Our bus tour (organized, by the way, by EF Tours. Now that I work at a travel agency, I can appreciate how much they were able to pack into our trip in 30 days, while still staying super cost efficient. Great way to travel as a teenager!) took us to Bordeaux after a short stop in San Juan de Luz, my first official taste of FRANCE. When I had originally signed onto the tour, I was in it for France. I had no idea that I would fall so in love with Spain. That’s what I love about traveling to new, unexpected places. You never know what is going to appeal to you. In fact, I think I had built France up so much in my mind that it was almost a letdown. San Juan de Luz,had a lot of little farmers markets surrounding a small carousel in the middle of the harbourside town. It was so early!

Our next stop was in Arcachon, for a quick lunch. Arcachon is known for its fabulous seafood offerings – oysters were strongly suggested to us on the bus. In fact, there are oyster farms and even an annual oyster festival in Arcachon, so if its your taste, you should definitely make this town a stop on your tour around France!

Our time in Bordeaux was spent, largely, lounging at the fountain in the city center, which was massive. Some of the girls actually decided to cool off IN the fountain. Not sure if we were supposed to do that but… YOBO? You Only Bordeaux Once?

Sorry. I won’t do that again. 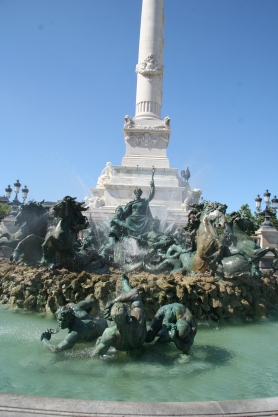 We did visit St Andrew’s Cathedral, but the afternoon was mostly used to catch up on rest and soak up the sun.

We also visited Chateau de Leo for a tasting. I don’t remember the wine, but I did like the cheese and bread samples!  This was the only place we received it, because apparently the rest of the wineries wanted our focus to be on the taste of their WINE, alone. As though 17 year olds could appreciate such things… 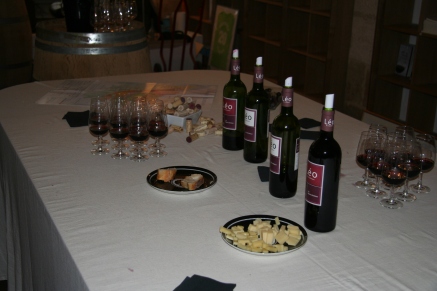 Maucaillou winery, toured the next day, is, to this day, the most fabulous smelling place I have ever stepped foot in.  I’ve heard that your memories are often attached to one dominant sense, and I’m fairly sure my dominant sense is SCENT. This winery was heavenly, even without any cheese samples!

Finally, the Cognac region!  We visited Hennessy, which was apparently only accessible by a little charter boat. Very cute. I think by this point in the tour, we were all just so exhausted – not physically, just mentally. It didn’t help that we were sampling alcohol all day on empty stomachs! Note to everyone: Don’t pack too much into your travel day, or else it might all run together in your mind 7 years later… Hennessy was cool, though. 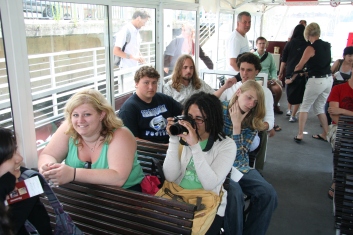 There was an interactive map that showed all the Cognac regions, as well as many exhibits explaining the different steps in the process. Then, we went to the bottle room – so many interesting shapes!  And so expensive,I might add. Kalifa and I preferred the XO bottles ourselves…

That about sums up the “tasting tour” of France I experienced in 2008. Have you ever been to any of these wineries?  Which was your favourite?